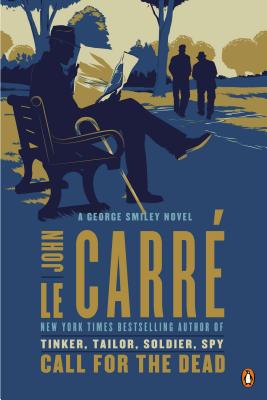 TWO INTERNATIONAL BESTSELLERS IN ONE VOLUME

MEET THE CLEVEREST AND MOST SELF-EFFACING MAN IN SECURITY

A Murder of Quality

There has been a murder at one of England's leading public schools - a murder forecast by the victim. As a favour to an old friend, George Smiley pays a visit to Carne School to listen, to ask, and to uncover, layer by layer, the complex network of skeletons and hatreds that comprise that fine English institution.

Call for the Dead

Samuel Fennan, a Foreign Office man, was under investigation for Communist activities, until Smiley dismissed the allegations. When Fennan is found dead the day after he's been cleared, with a note by his body saying he can't go on with his career in ruins, Smiley is puzzled...

A deeper investigation uncovers a spy ring and Smiley is led into a lethal duel of wits with the best of his war-time pupils.

Title: A Murder Of Quality / Call For The Dead

A Wrinkle In Time

Marty's Top 10 Diet & Fitness Strategies: Improve The Quality Of Your

A Discovery of Strangers