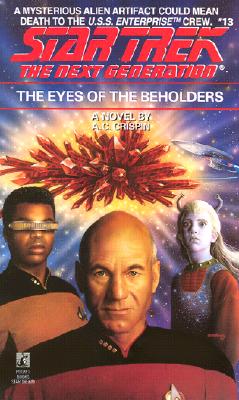 The Eyes of the Beholders (Star Trek Next Generation #13)

After several Federation and Klingon ships disappear while traveling a newly opened trade route, the "U.S.S. EnterpriseTM is sent to investigate. Their quest leads Captain Picard and his crew to an eerie space graveyard full of ships of every size and description, all of them, dead in space.

At the center of the graveyard lies a huge, incredibly powerful artifact, constructed by an ancient alien race. And as the crew struggles to solve the mystery of the artifact, they unwittingly trigger its awesome power, a power that threatens insanity and death to all aboard the "Starship Enterprise.
View More...