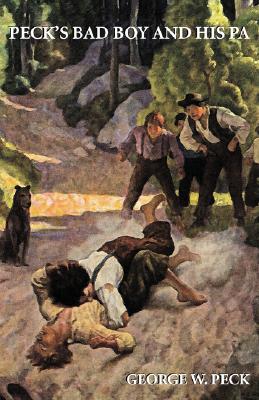 Peck's Bad Boy and His Pa

Mr. Peck was born in New York in 1840, but he lived in Wisconsin from 1843 until his death, April 16, 1916. He was connected with newspapers at Whitewater, Jefferson, La Crosse, and Milwaukee. He founded the Sun at La Crosse in 1874, and later removed it to Milwaukee, where he called it Peck's Sun. At one time he was unquestionably the best-known writer in Wisconsin, and the best-known Wisconsin writer throughout the country, which fame came to him through his Peck's Bad Boy sketches. He was also the author of Peck's Compendium of Fun, Peck's Sunshine, together with almost countless sketches w... View more info